To Reap On Energy Growth, India Needs to Focus On T&D losses and Solar Implementation

To Reap On Energy Growth, India Needs to Focus On T&D losses and Solar Implementation

With India moving rapidly towards green energy shift, championing solar, and making efforts to transform the country as a favourable environment for business, the future promises wholesome growth and development. However, taking a closer inspection of the infrastructural efficiency of the energy transmission sector (since energy is interconnected with economy) of the country would highlight obvious question in regards of sustainable growth.

For a decade and a half, India has seen power deficit that was peaking at ~9 per cent. Around FY 12-13, average energy production of the country was short by 87 billion kWh. In the same financial year, the number of critical thermal power plants was 21, while another 14 power plants were considered ‘super critical’ (having less than 5 days’ worth of operating stock). However, with Government initiatives like- Ujwal Discom Assurance Yojana (UDAY), One Nation, One Grid, One Price, SHAKTI (Scheme for Harnessing and Allocating Koyala Transparently in India), Deen Dayal Upadhyaya Gram Jyoti Yojana (DDUGJY), UJALA (Unnat Jyoti by Affordable Electricity for All) and support, the number of critical and super critical power plants has come down to zero in FY 16-17.

Pursuing green energy growth has given India an added advantage in the energy scene and currently India is estimated to generate surplus of power for the first time in at least 13 years. However, transmission and distribution losses are bringing a cause for concern, as the energy growth would prove ineffective without capable energy evacuation and distribution infrastructure. 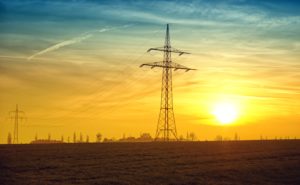 Cause of T&D Losses and Effects

Power distribution in India is handled by distribution companies commonly known as DISCOMs. And cause of T&D losses can be traced back to the weak financial condition of DISCOMs. Ujwal Discom Assurance Yojana (UDAY) scheme was initiated to rework the Rs 4.3 trillion (~$64 billion) debt of utility DISCOMs. And within 18 months, near about 75% of DISCOM debt was transferred to the state governments, reducing the burden of debt and interest as well. However, the T&D losses are still above 15%. Although we can see a consistent decrease in T&D losses from 22.84% in 2013-14 to 22.77% in 2014-15 and 21.81% in 2015-16, considering the current growth in energy generation the decrease is not happening fast enough. 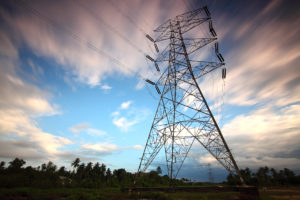 To utilize the growing power generation capacity to illuminate all of the country, India needs to take actions on improving the structure of transmission and distribution network. Although, Ujwal Discom Assurance Yojana (UDAY) has made considerable progress in lifting DISCOMs from financial debt, more efforts are needed to reduce energy losses that directly damages Government’s revenue stream. While working on solving the issues, the country should focus on solar to bring electricity to the rural areas of the country. Depending on rooftop installations, micro-grid, community based solar installations can help India in realizing its ‘Power for All’ initiative, while offering enough time to set up transmission infrastructure.

As on 31st October 2017, the total installed capacity of Power Stations in India stood at 331 GW. And although thermal power still accounts for near about 70% of the total capacity generation, almost 50% fall in capacity utilization by 2022 is estimated for thermal plants, due to growth in renewable energy.

Solar capacity in India have already reached ~14 GW by doubling the capacity practically year-over-year (since 2015). And with continued Government support and initiatives like International Solar Alliance (ISA), future of solar is bright and reliable. Therefore, it is the perfect time for India to focus on solar (rooftop projects) to connect the rural areas of the world while working on improving the energy transmission and distribution infrastructure. 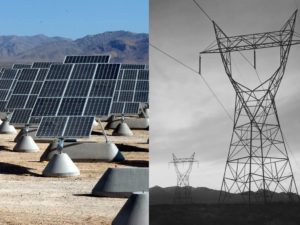