Delhi NCR: One of the leading solar rooftop markets

Delhi NCR: One of the leading solar rooftop markets

As the nation increases its efforts to switch over to renewable energy from fossil fuels, cities in India are competing for the position of the ‘first green city’. In this pursuit, a few states such as Haryana, Andhra Pradesh, and Rajasthan have shown significant improvement in adopting solar solutions to satisfy primary energy requirements. Delhi NCR (National Capital Region) is particularly famous for its extensive rooftop installations. The perfect geographical position to catch sunrays, a better policy framework, and awareness are a few of the many factors driving solar growth in this area. 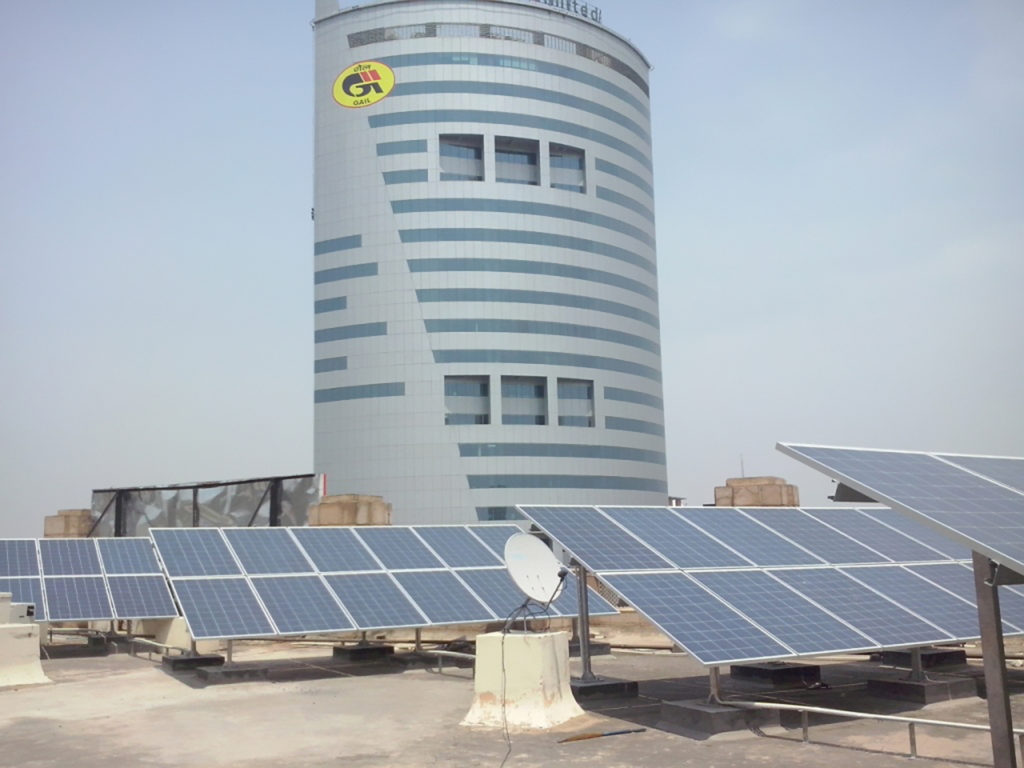 When unreliable electric supply and power cuts are still very common in India, and recent predictions indicate a 65% growth in national energy demand in 2017 (from 2002), opting for nation-wide rooftop solar installations can be a progressive strategy. But the country needs to have a battle-tested plan in mind if we are to take on such a dynamic venture. In such situations, critical analysis of solar growth in Delhi NCR can help solve this puzzle for the country.

What is making Delhi NCR the leader in rooftop solar installations?

Obviously there are multiple variables at play here that are driving growth and allowing this territory to show commendable growth in solar energy generation. Let us analyse the facts and break these variables down to create a solar strategy that any Indian state could follow to enhance their own energy generation capacity.

Although a congested, urbanised city structure was previously recognised to be a hurdle for solar penetration, Delhi NCR has certainly challenged that idea. Other states should take note of how Delhi NCR moved its initial focus from the available empty land to rooftops in order to utilise space while generating more energy. Land calculations show that of the 700 km2 of building space in the Delhi area, only 31 km2 is available for rooftop modules. As little as that is, that much space has allowed Delhi NCR to develop 3,011 MW of energy generation capacity. The government is also considering increasing its renewable purchase obligation (RPO) to 9.6% to make this area increasingly self-reliant in terms of energy production. After the massive grid failure in Delhi that took place in 2012, the government is vigorously working on making more rooftop areas available for solar installations. New policies are being drafted, bringing in administration, city council, industry, private developers, and the general public in collaboration to mutually consider rooftop areas for further solar growth.

Delhi Chief Minister Shri Arvind Kejriwal reasserted his government’s commitment to making more ‘solar cities’, when announcing the new rooftop solar installation policy in June 2016. This new progressive policy mandates solar deployment on public and government buildings. It also pushes for implementation of new generation-based incentives (INR 2 per unit for three years), and modifying building laws to incorporate space for solar installations. Tax breaks (5% from solar energy output), subsidies, and certification exemptions will also be available to solar systems sized up to 200 kW. New net metering regulations are also arriving with this policy, which will certainly encourage more entities and individuals to opt for rooftop installations in not just Delhi but the whole NCR area.

Through ‘group net metering’ the surplus energy would be exported to the grid, ultimately satisfying large consumers. On the other hand, virtual net metering will enable people who have insufficient rooftop space to derive a pro rata benefit of electricity through a co-investment process. Currently Delhi is still buying thermal power at exorbitant rates, but this new policy may quickly shift this dynamic and help Delhi NCR boost solar installations in the future.

Although most of the major rooftop solar development processes were initiated in Delhi, the results inspired the whole NCR to adopt this new energy model. And neighbouring regions also began working together in tandem, to further drive solar development in surrounding areas. For example, the Haryana government mandated solar installations on buildings with an area of 500 square yards or more in 2015, creating a unique environment for solar growth. Also the announcement of a 30% subsidy for rooftop installations (on a first-come, first-served basis) further enhanced the region-wide growth, inspiring other NCR areas to adopt rooftop solutions.

The present rooftop solar development structure in Delhi NCR is quite impressive, and should be replicated by other states. However, a few improvements could enhance the existing infrastructure and deliver better results:

But in analysing these policies one at a time, we overlook what is the underlying driver for the Delhi NCR policies in the first place: a tremendous urge to change the current system in order to deal with the energy deficit. The whole region is a shining example of a concerted effort to foster solar growth, take smart initiatives, and act upon them swiftly to achieve rapid positive change.

Bridge To India: Delhi can become a model for rooftop solar implementation across India

ABC of Solar: New Delhi’s Future Is In the Solar Rooftops

GKSPL: Survey/Audit and Assessment of Potential of Solar Water Heating and Rooftop SPV Systems in Gurgaon-Manesar area of Haryana